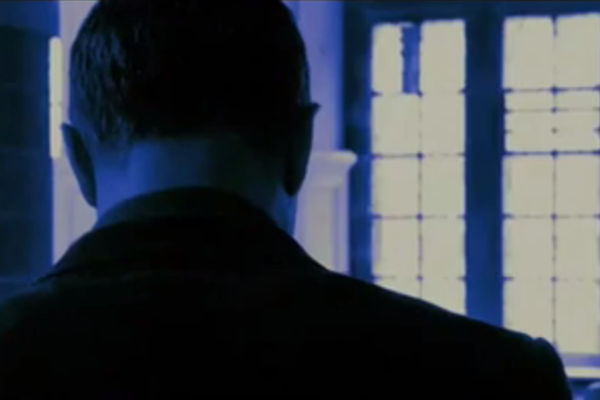 Billy is a low-budget horror short film about the consequences of selfish attitudes. Written and directed by Martin Smith, it follows the story of Kamal, a professional actor struggling to find the right opportunities to match his artistic talent.

Conflict with directors over artistic vision pushes Kamal to become resentful and bitter, which ultimately affects his self-worth and relationships. Becoming a lesser version of himself awakens the hunger of a more darker force than he could ever imagine.

Writer and director Martin Smith developed the idea from a drawing he made of ‘Billy’, the main antagonist in the film. Without spoiling plot details, the character is a towering presence of childhood nightmares, eager to torment and devour.

Martin wanted to give the character a believable reason for being, there is an essence of balancing the karma in his actions.

Getting the vision of Billy down on paper was one thing, but bringing it alive in the ‘flesh’ so to speak was another challenge. For this artistic task, Martin employed the services of professional make-up artist Sarah McCracken.

Sarah specialises in special effects makeup of the gory kind, such as facial disfigurements, bloody injuries, mutilations… you get the idea. Found out more about her work on her Facebook page: Sarah’s Scars

Finding the right person to play Billy turned out to be a work of fate. Martin had worked previously with a writer/performer from Falkirk, Dickson Telfer, whom fitted the physical characteristics of Billy perfectly – well, without the scary teeth and the undead complexion.

Dickson is a published writer and has enjoyed success with his one-man show at the Edinburgh Fringe Festival. He was keen to accept the challenge of enduring at least four hours of make-up to become the dark figure of torment.

Of course, the film would be nothing without a talented cast of supporting actors and exceptional crew. Everyone pulled together with their creative input during the long hours of filming.

For more details about the film, visit the Billy Facebook page.