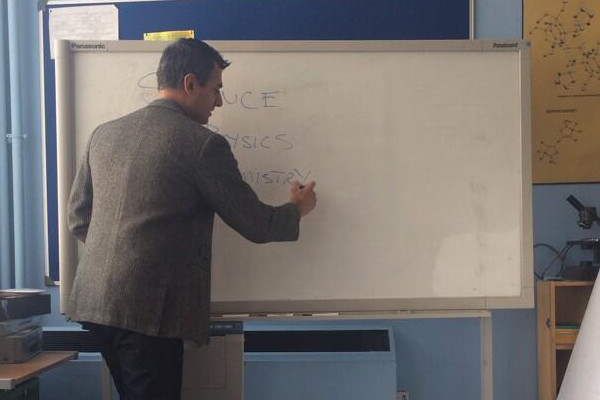 It’s the first day of business of 2016, the hustle of the festive season firmly behind us, it’s time to look forward to another twelve months of endless creativity.

2015 presented many opportunities, challenges and changes for Kal, not least the move to London, but it’s good to be back in the Big Smoke.

Getting Personal in The Ching Room

Kal worked with Dickson Telfer, published writer and performer, on The Ching Room a play by Alan Bissett. Visiting a toilet cubicle will never again by as poetic.

Getting into character for murder mystery events with The Tentpeg Murderers was a source of endless fun. Never before has Kal had the opportunity to play so many varied and eccentric characters, including an American evangelic priest, a slightly unhinged judge and Walt Disney villian Jafar.

The initial move to London presented the everyday challenge of finding long-term accommodation. Kal’s first three weeks were spent viewing apartments, most of which were disappointing. The property descriptions didn’t live up to reality, with a ‘cosy room’ being akin to a man-size wardrobe.

Sanity was kept in check during his flat hunt by renting a temporary room from a lovely landlady whom he found via Theatre Digs Bookers – a highly recommended website for professionals in the creative industry seeking accommodation for work assigments.

After settling into his new home, Kal secured his first acting assignment with Secret Studio Lab. Cast as Capulet in a modern immersive production of Romeo & Juliet, it was performed on location at London City Island with a sold-out four week run.

Part of the Secret Studio Lab team went onto a project in Hong Kong, Chris Mason (who played Romeo) starred alongside Tom Hardy in Legend and is now building his career in the United States, Muzz Khan (who played Peter and the Imam) worked alongside Robert Lindsay and Vinnie Jones in Galavant.

Everyone of the Romeo & Juliet team was an inspiration on and off location – their dedication and professionalism in the face of challenges was truly commendable.