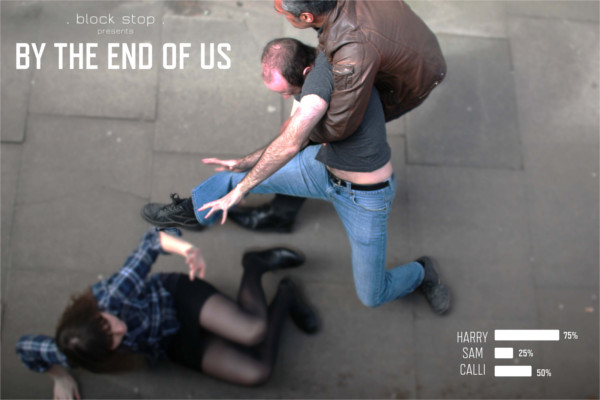 ‘By the End of Us’ at Southwark Playhouse

Opening next week on June 7, Kal will be appearing as journalist Harry Haldane in ‘By the End of Us‘ a live interactive game crafted by a wonderfully creative bunch called Block Stop.

‘Who Killed the Corgi?’

Her Majesty the Queen is 90 this year – if you didn’t know, where have you been? Official celebrations will be held on June 12, 2016. For the occasion, Kal and his group of select actors have been commissioned to provide Royal-themed entertainment for local residents of Dollis Hill in London.

The creative team have devised a bespoke murder mystery for the adult residents called ‘Who Killed the Corgi?’ and a tamer version for the children.

A devised piece about Third Culture Kids has been picked up by the Rich Mix for performance in September. More devising sessions are planned in June.

Kal was impressed with the emerging talent on the short film project Spark.