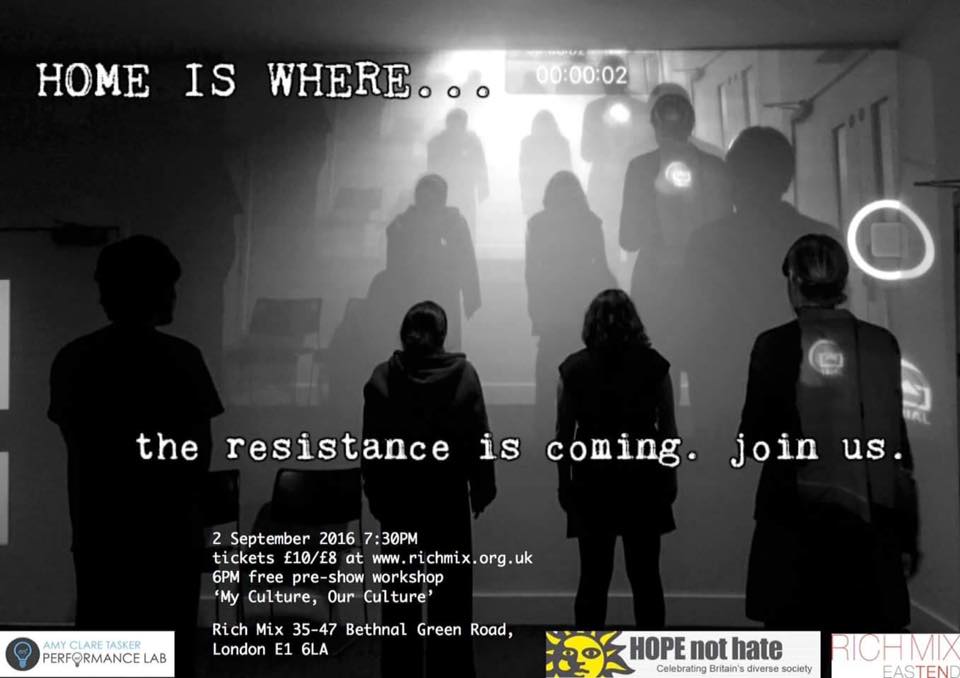 Set in a dystopian future where a far-right government have outlawed all immigration, Home is where… tells the story of a small band of misfits who form a Resistance to unite the people and overthrow the Establishment.

Born in Devoted & Disgruntled and developed by the creative team of Hyphenated, Home is where… had it’s world premiere in early 2016 at the Camden People’s Theatre during the ‘Who’s London is it Anyway?’ festival.

It was then presented to a scratch night audience at the Cockpit Theatre where it received further appraise. The project then caught the eye of the influential Rich Mix, where it was offered one performance night in September 2016.

Since February 2016, the story has underwent a transformation from a light-hearted exploration of identity to a darker post-Brexit future.

The renewed version was written by Guleraana Mir after a summer 2016 devising process. Directed by Amy Clare Tasker, with movement by Paula Paz, music by Yaiza Verona and produced by Clarissa Widya, ‘Home is Where…’ opened to a sold-out audience on September 2nd, 2016 at Rich Mix.

Cast (in order of appearance):